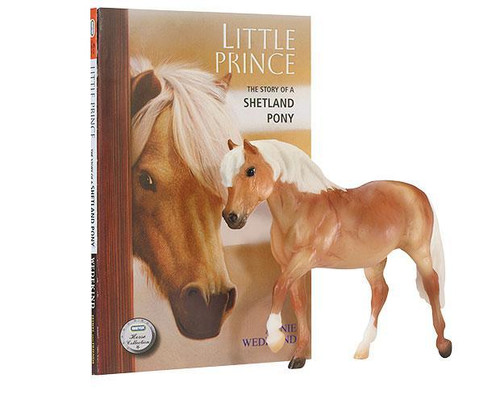 Little Prince: The Story of a Shetland Pony is the tale of a pampered, well-groomed pale-gold Shetland pony named Phin, short for Dauphin, French for "prince". If Phin seems to lead the perfect life in the penthouse suite of the city's posh riding stables, it's because he does. And if he seems a bit too self-satisfied - after all, he's won several trophies for his young owner, Isabella, and is widely acknowledged to be the prettiest pony in the city - it's because he is. But when Phin is suddenly 'retired' to a farm in the middle of nowhere that's filled with the most unusual animals, from a wise-cracking three-legged dog to a bunch of mean bunnies, against all odds, he discovers the true meaning of home. 124 pages

Beautifully packaged with each novel is the Breyer portrait model of the horse hero. Sets include soft-cover editions.

EQL by Kerrits - Warm Up Legging